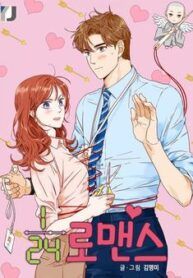 Promoted at the speed of light, the star of JK Electronics, the ultimate career woman, yet always forever alone Cha Ju An! Kind, honest, full of vitality, and with the looks and physique to rival a model, yet bumbling fool Yoo Do Jin! With such different personalities, one day these two… #suddenly #withoutwarning #during #officehours switched souls?!!! Due to this switch, their lives are made a mess!! But what is the reason for this switch? And that reason is to match these two up by force! By the same author as What’s Wrong with Secretary Kim.

I Found Somebody to Love

The Eunuch’s Consort Rules the World