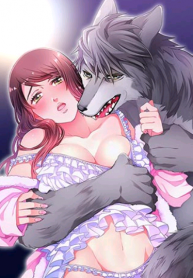 I was supposed to spend the night with my boyfriend. How did it turn out like this? I was chicken out when my boyfriend showed up in the shape of a beast and threw himself on me.

We have the hottest free webtoons  for you to read! Freecomiconline.me  is among the most popular manga sites similar to reddit manga, my reading manga, manga stream, manga online, manga park, kiss manga, manga panda, manga here, manga freak and many other free manga apps and free manga sites.

Why Wouldn’t You Marry Me?