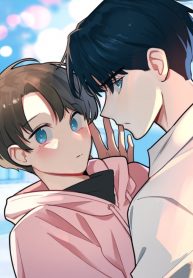 Taehoo and I have a collection, we went to the same elementary school. That’s why we have a special relationship. Yet, no one knows when the clock strikes 12, I become a boy. If I can’t stand by him as a girl, as a boy is alright!

Counter-Attack of A Pregnant Actress