Don’t Mess with My Sister 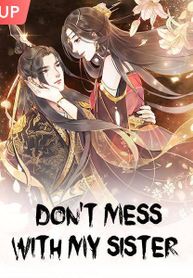 Don’t Mess with My Sister

🎄 A story of time-travel and revenge.
🔔 Having travelled back to the ancient times, she decided to live her life anew. The entire haram was in her palm.
🎅 “But hang on! Isn’t that the guy who killed me in my previous life?!” Why does he become so clingy now?! I kinda like it!

His Majesty Doesn’t Want To Be Too Bossy

If I Never Loved You