Finding my Daddy for Mommy 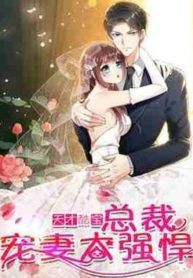 You’re reading Finding my Daddy for Mommy, a wonderful manhwa.

“Genius Cool Treasure: The President’s Wife Is Too Powerful” is a webcomic serialized by a Japanese writer. The comic tells that five years ago, in a tent with black lights, the woman drove him drunk, and gave birth to twins, and lost one. Five years later, the woman filmed him secretly, healed his hidden illness, stole his heart, and took a small bun to abduct his other son to play missing. Feng Yizhen swears that she must catch the woman’s fierce affection and let her know that she has to pay the price.

The Baby Isn’T Yours

Slave To The Enemy Emperor