I Became the Wife of the Monstrous Crown Prince 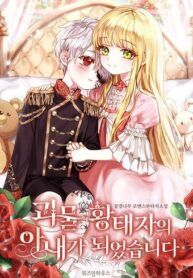 I Became the Wife of the Monstrous Crown Prince Average 4.6 / 5 out of 5

You’re reading I Became the Wife of the Monstrous Crown Prince a wonderful manhwa.

She transmigrated into the body of Ancia, the current wife of the monstrous crown prince, Blake, in an R-19 romance novel. In the original story, Ancia committed suicide on the day of their marriage, leaving Blake with massive trauma. But this time, Ancia wouldn’t do such a thing. Blake was the second male lead in the original novel. He was portrayed as a beast that possessed an exquisite facade. Yet, right now, he was behaving just like an innocent rabbit. The only person who can remove the crown prince’s curse is the heroine, Diana. My role is to just keep this little boy from getting hurt and then step down in time, but.. Ancia, don’t leave me! This little rabbit keeps chasing me.

As Lovely as the Peach Blossoms