I Tamed a Tyrant and Ran Away 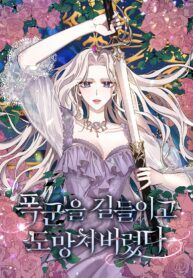 God gave me a chance to relive my life. Before my rebirth, I’d been used for the past 400 years as the empire’s sword. And so, I swore to destroy the empire. I found the young prince of the country and became his teacher. I taught him how to become a tyrant and asked for the country.
“I will do as the lady wishes.”
He conquered the whole empire for me, and I ran away.
“I came to take you, Charlize Ronan.” Dylan had become a perfect tyrant and searched the entire empire for me.
“You tamed me, so why did you run away?”

A Queen’s Law of Survival