My Wife is Back 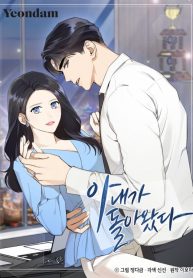 My Wife is Back

“We should get a divorce.”

A marriage without love.
Choi Mo-won was a man who thought marriage was solely for business.

But Lee Yu-rae, the woman he was married to, suddenly asked him for a divorce.

Three years later, one day, in an unexpected place, they reunited in a strange relationship….

His wife is back.

But is she the same woman he used to know?

His once lifeless heart started to beat.
And that too, for his ex-wife, who has returned.

Your Wife, at Your Service!

Actually, I Was the Real One