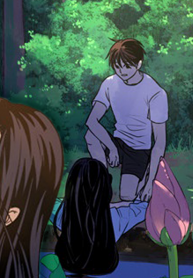 My home now is a place that has a memory that I can never return to. When I decided to come back, I wished this place would never change.  Even though I could go back to that time, I wished I wouldn’t.

Enjoy and check more manga for free at the best webtoon site https://readfreecomics.com/

Raising The Enemy Only Brings Trouble