Originally A Lady With One Line 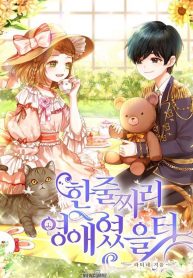 I Was Just An Ordinary Lady

A sassy prospective college student, Kim Hansol, meets her end due to an unlucky accident. She gets reincarnated as a beloved lady in a family of heroes in a world with magic, spirits, and dragons. “I’m going to return to my original world no matter what!” But while struggling to return to her Korea, she loses control of her magic and ends up causing a catastrophe. Yet her family loved her regardless, and moved by that, Kim Hansol acknowledges her reality and begins to live as Finnea of McKaira, one of the five legendary houses in her new world.

Your Scar doesn’t Scare Me

Fall in Love with Ms. Killer