The Elegant Sea of Savagery 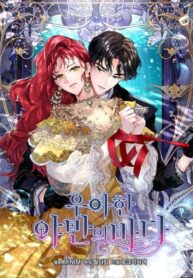 You’re reading The Elegant Sea of Savagery, a wonderful manhwa.

Irina Nodiac, the eldest daughter of the Marquis, was entrusted to Count Elenoa Schuberg after her father’s business continued to fail. All rights were handed over to Elenoa, whom she has known since childhood. “You belong to me. So don’t go messing around.” “Are you treating me like an object?” However, even though she became a maid, her reputation of a “Crazy Bitch” during Academy days will never change. And now, Irina, who is self-disciplined and confident, stands in front of Elenoa. “I can do more than what meets the eye. I can carry a lot of stuff.” Elenoa, who wants to own her completely, and Irina, who is trying to move forward despite difficult situations. What kind of voyage will they embark on in the future?

Memoir of the Golden Hairpin

My Sister Picked Up The Male Lead