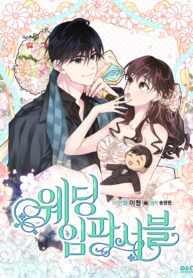 Wedding Impossible Average 1 / 5 out of 1

Thirty-three years old, a 10-year-old theater actor Naa Jung engaged to a third-generation chaebol? She did not have to worry anything about, “so I expected her parents’ bold opposition.”<br><br>However, unlike her expectation that marriage can done so smoothly. No, I thought so “Brother, are you crazy? I oppose this marriage, even if I die!”. I was attacked by a prospective brother-in-law like a storm! “Take the permission of your pre-brother marriage! Even in just two months and let’s see who wins!?”<br><br>But… there is one hidden secret here. In fact, your fiancé is gay!? Making contract marriage with Naa Jung to receive 500 million won.<br><br>Can this marriage be successful? Defeat your brother and succeed in marriage! Wedding Impossible!

Which Me Do You Wanna Love Today?